When we think of foods that are high in sodium, we are normally drawn to savoury snacks and processed goods, foods in which we can taste the salt. Unfortunately, this is part of the problem – not all sodium comes from salt. To combat the health concerns associated with a high-sodium diet, we must also investigate sources of sodium other than sodium chloride.

Sweet baked goods are often forgotten in the sodium reduction debate, yet can contain significant levels of sodium. These types of products are normally chemically leavened using sodium bicarbonate (baking soda) and sodium acid pyrophosphate (SAPP), both of which contain high levels of sodium and usually contribute to most, if not all, of the sodium in products like cakes, cookies and pancakes.

When faced with sodium reduction targets, most manufacturers look first to remove or reduce the level of salt in their recipes. Although this can give a sizeable reduction in sodium levels (if salt levels are high), it is fraught with potential issues.

Sodium chloride is both a preservative and a flavour enhancer, in one “clean label” ingredient. Any major reduction will have a negative impact on flavour and shelf life. To achieve sodium reduction in baked goods without compromising quality, we must investigate the leavening agents used in a recipe.

One approach to reducing sodium is to replace SAPP with a calcium phosphate. Although this does give a sizeable reduction in sodium, it has major drawbacks. Calcium phosphates are much less soluble than SAPP, which can limit the amount of gas produced during the bake and cause grittiness. They also tend to react much faster with baking soda, reducing process tolerance and increasing the risk of inconsistency and waste.

Baking soda is the less functional part of a leavening system; its only purpose is to release carbon dioxide gas as it reacts with the acidulant. Potassium bicarbonate is a suitable replacement for baking soda as the bicarbonate ion (–HCO3) is identical in both compounds. However, standard grades of potassium bicarbonate are often too coarse to fully solubilise in doughs and batters, causing dark spots throughout the crumb, imparting a bitter flavour and reducing end-product volume.

Although milling potassium bicarbonate to a fine particle size helps solubility, it significantly reduces the stability of the powder. This is where Kudos Blends’ technology comes in… 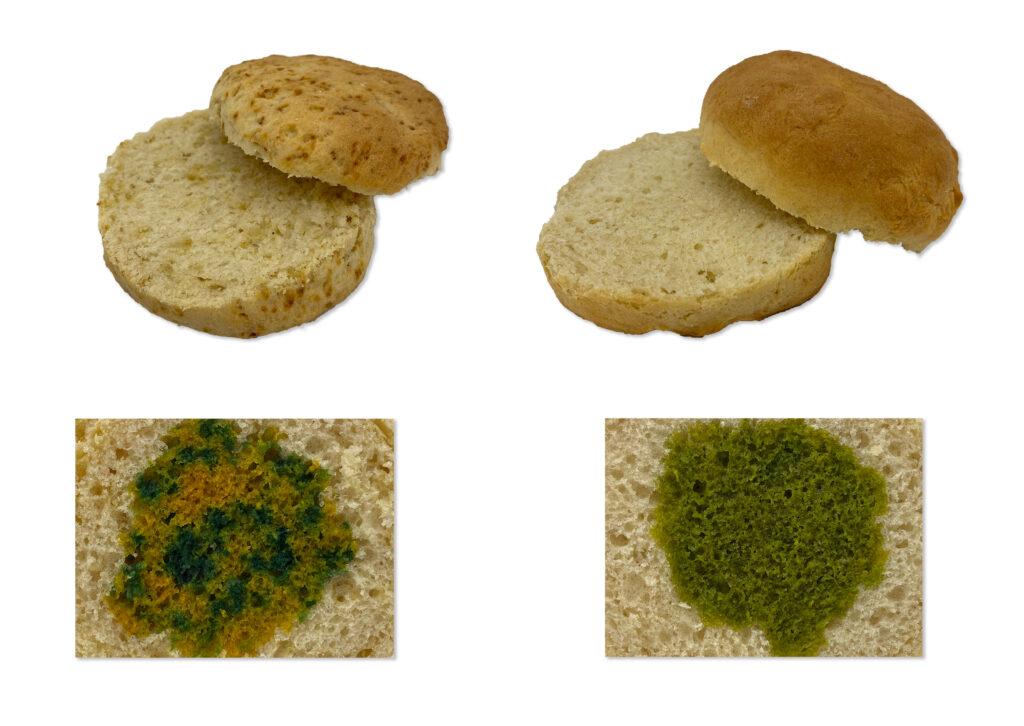 In 2005, Kudos Blends developed its first generation of KODA™ Potassium Bicarbonate, created specifically for the bakery industry to achieve considerable sodium reduction in chemically-leavened goods. By using a patented manufacturing process, we are now able to achieve a range of optimised particle sizes, guaranteeing complete solubility and functionality in all baked goods, whilst ensuring the powder remains free-flowing and easy to use throughout its shelf life.

Replacing sodium bicarbonate with KODA™ Potassium Bicarbonate not only significantly reduces the sodium content of baked goods, it also increases dietary potassium. Research indicates that the majority of consumers are both deficient in potassium and consume excess sodium, creating a far greater risk to cardiovascular health than simply eating too much sodium.

By making the switch, manufacturers can significantly improve the mineral balance of their products, allowing consumers to enjoy more nutritional sweet baked goods.